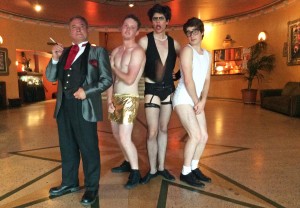 On Monday December 30th he was joined on stage by young NED NAPIER before the screening of the 1966 classic BATMAN where, in character, they introduced the 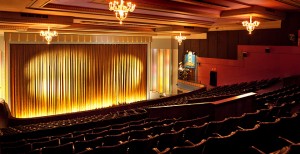 film, gave out prizes for the best costumed audience members and then explained how the audience should interact with the film on screen. Holy audience participation!

On Tuesday 31st Kewley was joined on stage by NED NAPIER (again – this time dressed as ‘Brad Majors’), ZAK MARRANIN (as ‘Dr Frank-N-Furter) and FRANKIE B (as ‘Rocky’) to see in the New Year with THE ROCKY HORROR PICTURE SHOW.

A packed crowd of die hard ROCKY HORROR fans – and some first timers – turned out in force – all in costume and carrying the relevant props to participate in the screening. 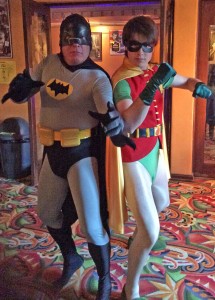 A competition was held on the stage in front of the screen for the film got underway to judge Best Costume, and then the top five finalists participated  in a sing-off (to ‘The Time Warp’) to pick a final winner. Congratulations to ‘Jeremy’ from The Basin who looked and and acted the part as ‘Riff Raff’ perfectly and was clearly the crowd favourite. 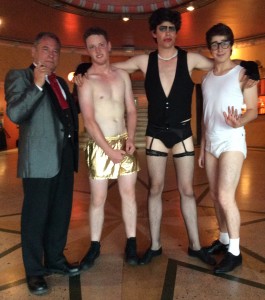 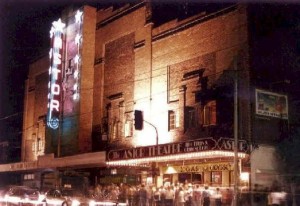