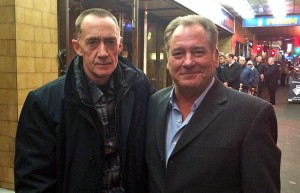 Held at Melbourne’s fabulous Forum Theatre (opened in 1929), the launch included the official announcements of the six Australian feature films that would premiere at this year’s festival, including THE LEGEND MAKER in which Kewley stars as ‘Roy Rogers’ opposite Tony Nikolakopoulos as ‘Alan Figg’.

It was announced that THE LEGEND MAKER (which was been partly funded by MIFF’s Premiere Fund) will have it’s World Premiere at the Festival on Wednesday August 6th. 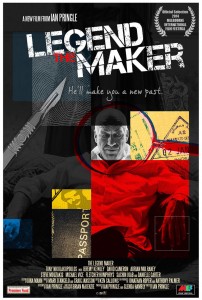 Other Australian feature films that will premiere during the festival include –

• KILL ME THREE TIMES centres around a charismatic hit-man (Shaun of the Dead’s Simon Pegg), who acts as the spark that ignites a chain of murder, blackmail and revenge in a small surfing town. Hired by a wealthy gent (Tim Winton’s The Turning’s Callan Mulvey) to ‘take care’ of his wife (On the Road’s Alice Braga), the assassin gets down to business only to discover there’s more than one person after his target. With a gambling addict (Animal Kingdom’s Sullivan Stapleton), a small-town Lady Macbeth (Wish You Were Here’s Teresa Palmer) and a corrupt cop (Beautiful Kate’s Bryan Brown) also thrown in the mix, Kill Me Three Times has all the makings of a saga that rises to Rashomon–esque heights.

• CUT SNAKE: A crime thriller from director Tony Ayres (Home Song Stories, MIFF 2007), in which a man’s engagement to a beautiful woman is threatened when a menacing man from his past reappears. Starring Sullivan Stapleton (Kill Me Three Times), Alex Russell (Bait) and Jessica De Gouw (These Final Hours, MIFF 2013).

• MY MISTRESS: A love story from director Stephen Lance in which a strangely innocent affair between a young romantic and an S&M mistress becomes something more. Starring Emmanuelle Béart (A Heart in Winter), Harrison Gilbertson (Blessed, MIFF 2009), Rachel Blake (Sleeping Beauty), Socratis Otto (I Frankenstein) and Leah Purcell (Lantana, MIFF 2001).