Kewley has a signed on 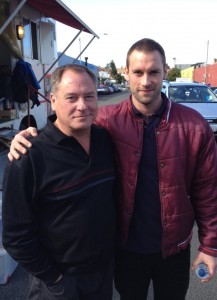 for a new 9-part prime-time series being produced by Screentime, the creators of the “Underbelly” franchise.

To screen on the Nine Network early in 2014, the cameras roll in Melbourne on Monday August 5th.