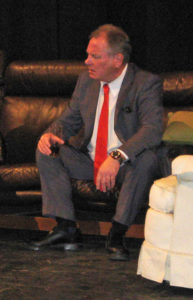 he weekend of August 11-12, 2018, Kewley appeared on stage in F. Scott Fitzgerald’s  THREE HOURS BETWEEN PLANES at Mansfield’s ‘Festival of One Acts Plays’.

Written by Newcastle-based playwright Michael Fiddian, and based on the F. Scott Fitzgerald 1941 short story, it featured Kewley and a local actress as former childhood school friends who meet up after a thirty-year hiatus and begin to relive fond teenage memories before appearing to re-kindle a brief romantic school holiday dalliance. But there is a twist that the audience do not see coming!

Staged at Mansfield’s Performing Arts Centre, the play – with a terrific twist ending – was well received by the audience in the delightful country town and Kewley was named Best Actor for his performance as ‘Sam’. 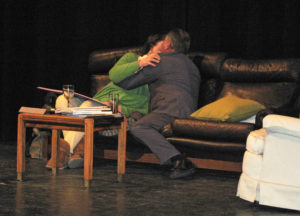 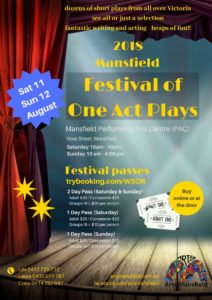