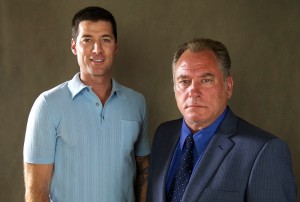 On Saturday February 2nd Kewley performed in an ensemble cast in a one-off premiere performance of Cameron Lukey’s powerful play PLAYING ROCK HUDSON at Chapel off Chapel in Prahran.

One of America’s most popular movie stars throughout the 50s and 60s, Hudson’s death in 1985, a year after having been diagnosed with AIDS, made headlines the world over. He had been the first public figure to succumb to the disease and his death inspired a movement – led by friend Elizabeth Taylor – that helped shine a light on the emerging epidemic. Three years later, Hudson’s former lover Marc Christian sued Mark Miller and Hudson’s estate on the grounds of reckless endangerment, claiming that Hudson had put his life at risk by withholding the true nature of his disease for the last year of their relationship. But was Christian really the love of Hudson’s life or was he a blackmailing hustler out to play Rock Hudson for all he was worth?