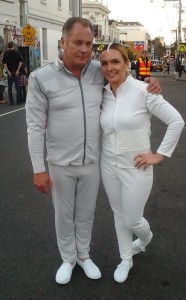 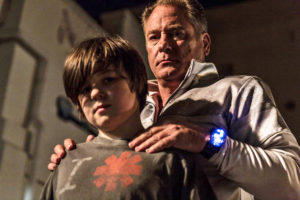 Kewley plays ‘Frank’ in the 30 minute futuristic film QUEEN OF THE BEES.

Shot by cinematographer Matthew Scott, the film is produced by Anna Russell and written and directed by her brother Joseph Russell.

The film features Josh Geary in the lead role of Alex, along with Bec Smith (pictured with Kewley) as Frank’s wife.