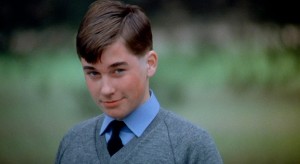 Kewley made his professional acting debut at the age of 14 in the motion picture THE DEVIL’S PLAYGROUND [1976 AFI Award Winner: Best Film, Actor, Director, Screenplay] released around the world by Columbia Pictures. 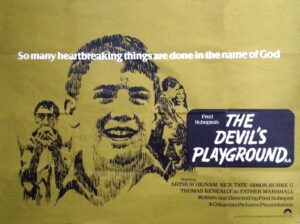 He has has gone on to appear in numerous Australian and US pictures – from 1970s classics like MAD DOG MORGAN (1976) opposite Dennis Hopper & Jack Thompson, and Bruce Beresford’s THE GETTING OF WISDOM (1978); to 1990s hits like AMY (1997) in which he appeared opposite Rachel Griffiths & Ben Mendelsohn, and Jimeoin’s THE CRAIC (1998), through to 10 TERRORISTS! (2012)  for director Dee McLachlan (“The Jammed”). 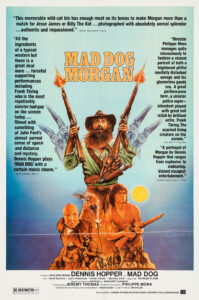 He starred in the US pictures DISAPPEARANCE (2002) set in New Mexico, and THE X TEAM (2003) set in the New Zealand Alps, for Touchstone Pictures. 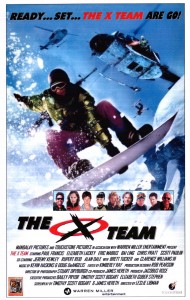 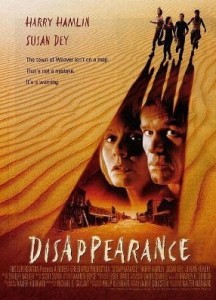 Kewley starred in the motion pictures FRANK & JERRY (2011) playing US film producer Jerry Goldman, as Roy Rogers in THE LEGEND MAKER (2014) for film-making veteran Ian Pringle, and as Frank Newman in NEWMAN (2015). He played Dr Schnell in DICK’S CLINIC (2014) opposite Justin Rosniak and Ben Guerens, and Patrick Allen in MONSTER PIES (aka BEAUTIFUL LOVE) (2013); 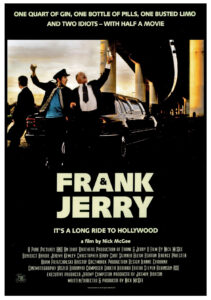 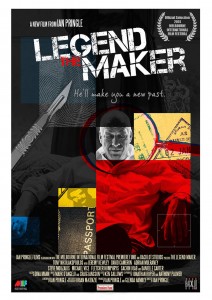 And he has appeared in over 170 short films, including winning Best Actor Awards for his roles in SHEPHERD’S HILL (2010) and GREATER (2012) and starring opposite Libby Tanner in the Warner Bros. funded short feature THESE EMPTY STREETS (2012) for director Jarrah Gurrie.

He made his Australian television debut when he joined the cast of the popular ABC-TV series BELLBIRD in 1976 (playing Ken Stratton, School Captain of Bellbird High School), and went on to play the lead role in a number of series, from teen-heartthrob Robbie Stewart in Network Ten’s ill-fated soapie ARCADE (1979-1980) and ABC-TV’s TWENTY GOOD YEARS (1979), hrough to the critically acclaimed ABC-TV drama series JANUS 1994-1995) where he played Crown Prosecutor Vic Manoulis (1995 Logie Award for Best Actor & Best Drama Series – below left). 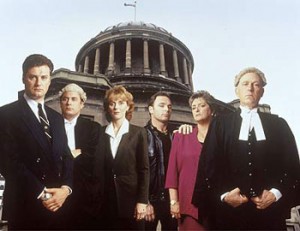 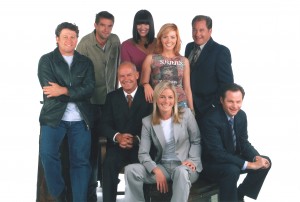 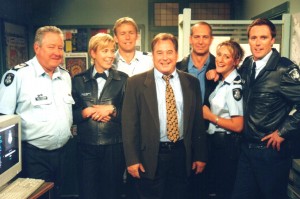 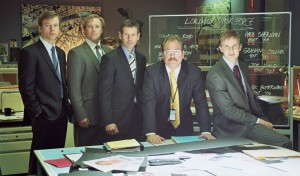 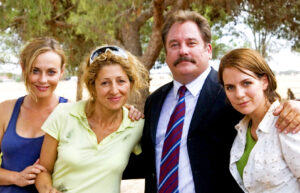 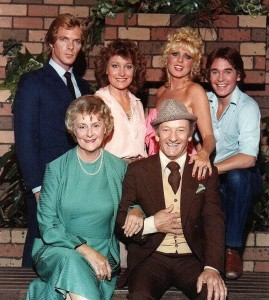 He has appeared in dozens of other iconic series – everything from THE SULLIVANS, TWENTY GOOD YEARS and THE YOUNG DOCTORS (1970s); COP SHOP, PRISONER and PATROL BOAT (1980s); NEIGHBOURS, SEACHANGE and THE MAN FROM SNOWY RIVER (1990s); and THE SECRET LIFE OF US and ABC-TV’s BASTARD BOYS and BED OF ROSES (2000s). 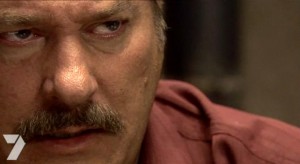 He starred in the Foxtel sit-com WHATEVER HAPPENED TO THAT GUY? (2008-2009); played the lead guest role in “The First Stone”, a particularly powerful and shocking episode of CITY HOMICIDE (2009) (photo left) for which he was submitted for an AFI Award for Best Actor; and played Snr Sgt Graeme Collins, one of the leads in the Screentime/Nine Network telemovie UNDERBELLY FILES: TELL THEM LUCIFER WAS HERE (2011) [above] for which he was again submitted for an AFI Award for Best Actor.  In 2012 he returned to NEIGHBOURS as Don Hennessy, and in 2014 he appeared in the ABC/BBC series THE WORST YEAR OF MY LIFE, AGAIN for the Australian Children’s Television Foundation, played Des ‘Tuppence’ Moran in FAT TONY & CO for Screentime and the Nine Network, and guest starred in two episodes of season three of Nine’s popuLar series HOUSE HUSBANDS.

As a comedy performer, Kewley has appeared on television shows including ROVE, THE ADVENTURES OF LANO AND WOODLEY, HAMISH & ANDY’S REAL STORIES, BLIGH, BACKBERNER, PIG’S BREAKFAST, Disney’s AS THE BELL RINGS, THE GERRY CONNOLY SHOW, MYF WARHURST’S NICE for ABC-TV, and had a recurring role in the AFI-nominated sit-com VERY SMALL BUSINESS (2009).

One of only a handful of television ‘audience warm-up comedians’ working in Australia, he has been a vital part of dozens of classic shows from YOUNG TALENT TIME and CANDID CAMERA ON AUSTRALIA to AUSTRALIA’S BRAINIEST KID, 1 VS 100, WHO WANTS TO BE A MILLIONAIRE, TEMPTATION, RECIPE TO RICHES, THE BIGGEST LOSER and THE X FACTOR. He’s also in demand as the pre-show Master of Ceremonies at annual television events like Channel Seven’s GOOD FRIDAY APPEAL (2006-2014) and THE AFI AWARDS (2007-2010). 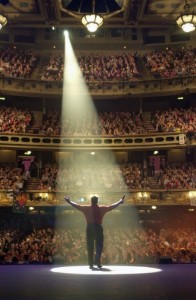 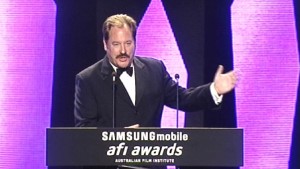 Kewley has been the warm-up comedian for the Melbourne-based AFL version of THE FOOTY SHOW since it began in 1994, including all the shows done from Sydney, Perth, Adelaide and Hobart, and the live broadcasts from the Theatre Royal in London (2001, 2005) (photo at left), the Prinz Regent Theatre in Munich (2006) and the annual Grand Final Shows – in front of 15,000 people – from Rod Laver Arena.

He has also been the audience warm-up comedian on the MARNGROOK FOOTY SHOW since 2011.

On radio, since 2010 he has featured in a regular Wednesday afternoon segment on Melbourne’s #1 talk-back station 3AW opposite Denis Walter and can be heard on dozens of radio commercials as an in-demand voice over artist. 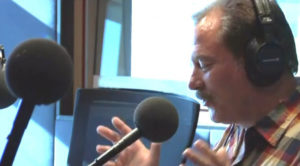 On stage he played Frank McGee, the romantic male lead, opposite Tracey Harvey in CALL GIRL THE MUSICAL at Melbourne’s Chapel Off Chapel theatre in 2009, and toured Australia appearing in WEST SIDE STORY (2010-2011) including Melbourne’s famous Regent Theatre, Adelaide’s Festival Theatre, Brisbane’s Lyric Theatre and the Burswood Theatre in Perth (pictured below centre). 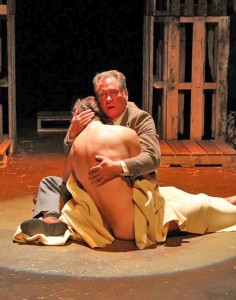 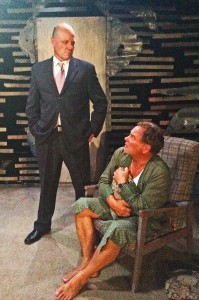 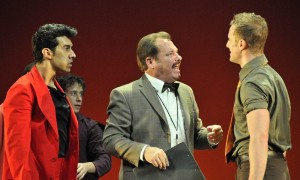 He starred in DEATH OF A COMEDIAN (2012) at La Mama’s Courthouse Theatre, and received rave reviews for his portrayal of Dr Martin Dysart in Mockingbird Theatre’s sold-out season of EQUUS (2013) (pictured above left). He went on to star in Exhibit A Theatre’s production of Che Walker’s FLESH WOUND (2013) and in the world premiere of DOOMSDAY DEVICES (2014) for Sly Rat Theatre (pictured above right).

In 2015 he toured New Zealand in the hit play THE UNDERARM. 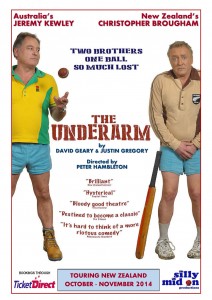 Other notable stage credits include FRIDAY NIGHT IN TOWN (2009) at La Mama’s Carlton Courthouse, SHE’S MY BABY (2009) at Trades Hall for the Melbourne Fringe Festival, and IT’S ALL FUN AND GAMES (UNTIL SOMEONE GETS HURT) (2011) at the 25th Annual Melbourne International Comedy Festival.

He wrote, directed and starred in all the comedy stage shows at HUNCHBAX THEATRE RESTAURANT (1990-2006) including FORREST HUMP, BRAVEHUMP, THE FULL HUMPY, RAIDERS OF THE LOST HUMP, DUDE…WHERE’S MY HUMP? and GOOD WILL HUMPING. 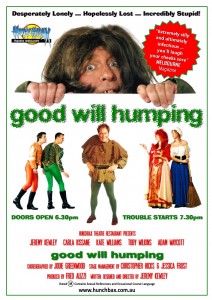 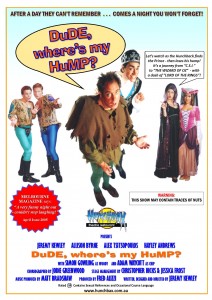