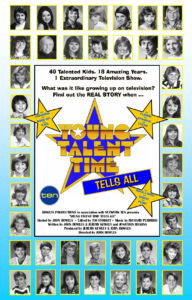 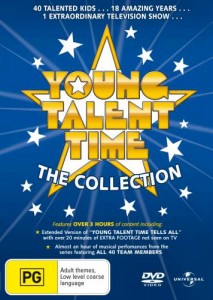 When it debuted, the one hour television documentary hosted by John Bowles was watched by 1.68 million Australians, making it Network Ten’s highest rating special of the year.

An extended version of the documentary is available (along with loads of bonus features!) on the DVD – YOUNG TALENT TIME: THE COLLECTION released by Universal Pictures.

You can watch the full extended 1 hour 10 minute version of YOUNG TALENT TIME TELLS ALL here:

For the documentary, we found the long-considered lost short film CARAVAN HOLIDAY (1972) featuring the Young Talent Team and John Young which you can watch here: 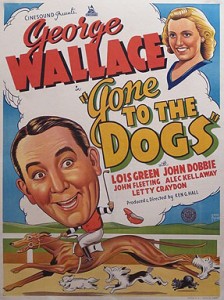 Wallace – larrikin, comedian – an original. Using rare photographs, home movies, feature film footage and contemporary interviews, FUNNY BY GEORGE: THE GEORGE WALLACE STORY, traces his colourful life. This one hour documentary looks at George’s influence; redresses his place in history and proudly presents a sample of his work for the audiences of today. Professionally, George found success on stage, in motion pictures and on radio. From his early beginnings in country travelling shows and vaudeville, he became Australia’s first genuine box office comedian of the sound era, starring in five feature films. When his first feature, “His Royal Highness”, was released in England he was hailed as one of the biggest comic finds in a decade. But his deeply ingrained Australian manner was to bring about the biggest disappointment of his life when he finally made his stage assault on England. Privately, George Wallace was a complex man whose life was a battle for recognition and acceptance. From a miserable childhood in Sydney, he escaped to the outback of Queensland to find work as a cane-cutter at the age of thirteen. His one marriage, which produced a son, was a short-lived failure. Domesticity took second place to the stage. Plagued by ill health in his later years, George was described by some as jealous, uncouth and a slob…and by others as kind, talented and hysterically funny. George Wallace was an influential comedian whose persona was unashamedly Australian. He was a creative force who wrote his own material from vaudeville sketches to feature film scripts. He was a painter, a musician, a skilled tap-dancer and a composer – who gave Australia its wartime anthem “A Brown Slouch Hat.”

FUNNY BY GEORGE: THE GEORGE WALLACE STORY, narrated by Bill Kerr, first aired on ABC TV on Wednesday the 12th of April, 2000 at 8.30pm.

FUNNY BY GEORGE: THE GEORGE WALLACE STORY was later released on DVD through Roadshow and Reel DVD and on VHS through Ronin Films. 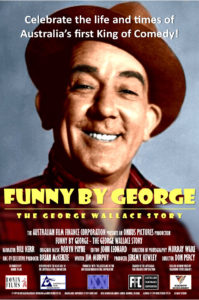 Watch the documentary teaser for FUNNY BY GEORGE: THE GEORGE WALLACE STORY below:

Note: Timecodes are displayed at the bottom of some footage.

Watch a clip from the completed documentary FUNNY BY GEORGE: THE GEORGE WALLACE STORY here: 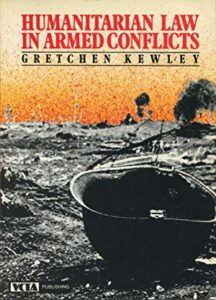 In 1988 Pearly White Productions was commissioned by The Australian Red Cross Society to produce the short documentary THE RED CROSS: A SYMBOL OF PROTECTION.

It is based on the book HUMANITARIAN LAW IN ARMED CONFLICTS by Gretchen Kewley.

Watch the 8 minute THE RED CROSS: A SYMBOL OF PROTECTION documentary below: