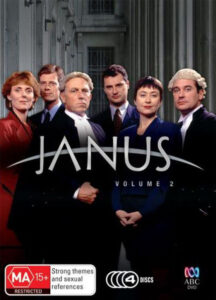 This reel features footage from the 1994/1995 ABC-TV Australian drama series JANUS (released as CRIMINAL JUSTICE in Canada and the US) which is the sequel to the earlier ABC-TV crime series PHOENIX. This reel includes part of the international promotional trailer, starring Jeremy Kewley as the series lead, Crown Prosecutor Vic Manoulis. Like the multi award-winning motion picture ANIMAL KINGDOM, this series is loosely based on the infamous Walsh Street murders of two young policemen by a Melbourne-based criminal family.