Pearly White’s second production THE SKATEBOARD SAGA went on to win a swag of awards – including the 1987 Film Victoria Trophy and Best Film at the 1987 Melbourne International Film Festival – and put them in the spotlight.

After returning from a successful trip to New York, Los Angeles and the 1987 Cannes Film Festival, (where THE SKATEBOARD SAGA was picked up for distribution by New World Pictures), work started coming in from Record Companies (including EMI) and Advertising Agencies in the form of music videos, corporate films and television commercials. 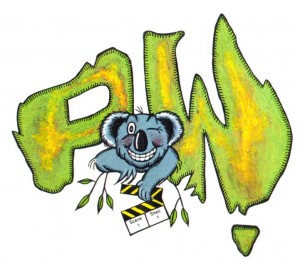 In the 1990’s, Pearly White focused most of their attention on producing high quality television commercials.

In 1999 Kewley produced FUNNY BY GEORGE: THE GEORGE WALLACE STORY for ABC-TV, a documentary that detailed the life and times of George Wallace – Australia’s great vaudeville performer and first comedy “movie star”. The critically acclaimed documentary was released on DVD by Roadshow.

In 2001 Kewley researched, co-wrote and produced the television special YOUNG TALENT TIME TELLS ALL – which went on to become one of the highest rating Network Ten programs of the year.

As a Writer and Producer Kewley has also been responsible for seventeen long-running stage shows and a number of short films including the award-winning SHEPHERD’S HILL (2010) and IMAGE IS EVERYTHING (2003) as well as the documentary RED CROSS: A SYMBOL OF PROTECTION (1988). 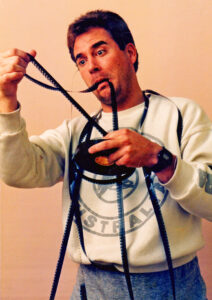