On May 7th, Kewley won t

he BEST SUPPORTING ACTOR award at the GOLDEN EGG FILM FESTIVAL in Cancun, Mexico. He won the award for his performance in the Australian film BLACK AND WHITE LINES, beating out other nominees including Michael Richards (‘Kramer’ from SEINFELD).

Kewley now goes on to compete again for the same award in the GOLDEN EGG FILM FESTIVALS in New York and LA. 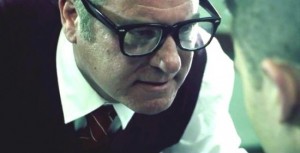