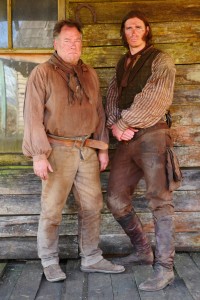 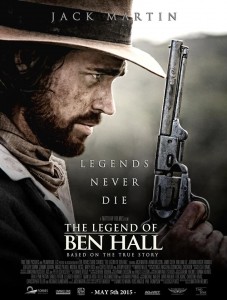 Thompson, Kewley returned to the genre, travelling to Kyneton in late August to play another real-life character, Tom Purcell in THE LEGEND OF BEN HALL for Two Tone Pictures and US company Palmarium LLC.

Written and Directed by Matthew Holmes, the film will premiere in the NSW town of Forbes on May 5th 2015, to mark the 150th anniversary of Hall’s death (shot by police). Ben Hall is played by rising star Jack Martin, and features actors Jamie Coffa and William Lee (pictured with Martin and Kewley). 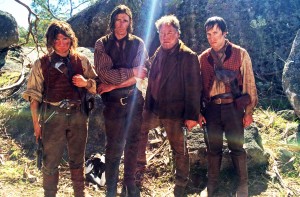 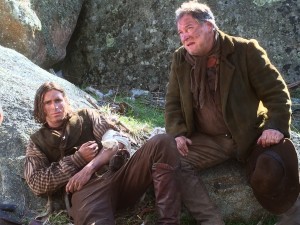