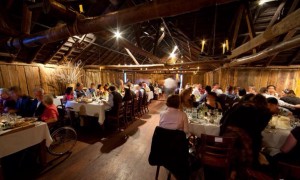 Built by George Evans in 1836, just months after the settlement of what was to become the City of Melbourne, EMU BOTTOM is a now a popular place to

Kewley ran a game of Two-Up and told bush yarns during the day. A good day all round!