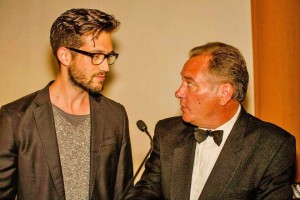 For the second consecutive year, Kewley was the MC at the opening night of the MADE IN MELBOURNE FILM FESTIVAL. 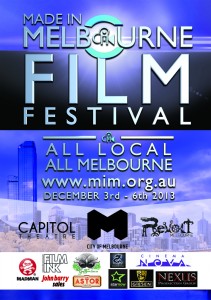 Held at the historic Capitol Theatre (designed by Walter Burley Griffin and his wife Marion Mahony Griffin and opened in 1924) on Tuesday December 3rd, the evening saw nine short films screening in competition.

The winning film (voted by the audience on the night) was DEAD HEART OF THE CITY by Max Miller.

HUNGRY MAN by Jordan Prosser (picture here with Kewley) was placed 2nd, and THE BELLS by Tavis Urquart was placed 3rd.

A big congratulations to all the filmmakers and their casts and crews.