Kewley takes on one of the most challenging roles of his career when he opens in the play EQUUS on August 3rd. 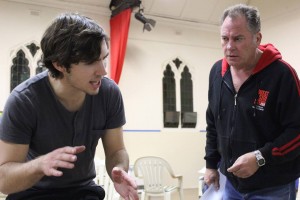 Peter Shaffer’s Tony Award-winning play has been gracing stages across the globe since 1973.

It follows child psychiatrist Martin Dysart (Kewley) as he attempts to understand the motivation behind teenage Alan Strang’s brutal crimes against horses.

The Mockingbird Theatre production, directed by Chris Baldock, can be seen at the Brunswick Mechanics Institute Performing Arts Centre. It previews from August 2nd, and runs until Saturday August 17th, nightly at 8.00pm.

Along with Kewley, the production features Scott Middleton as Alan Strang, a 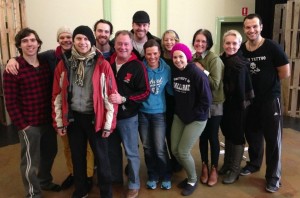 In taking on the demanding role of ‘Martin Dysart’, Kewley will be following in the footsteps of actors including  Anthony Hopkins, William McInnes, Alec Baldwin, Richard Griffiths, George Takei, Charles S Dutton, Alec McCowan, Anthony Perkins and Richard Burton (who played the role on Broadway and in the 1977 motion picture) who have all played the role over the years.