On the evening of Tuesday March 5th, Kewley was invited to attend a performance of the stunning Australian production of WAR HORSE  at Melbourne’s magnificent State Theatre.

Originally created and produced by the National Theatre of Great Britain, the local production is superb and features one of Kewley’s former Acting Essentials students Belinda Jombwe as ‘Emilie’. 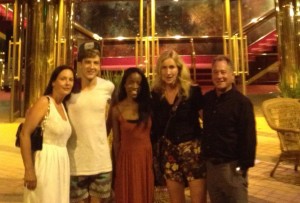