On the night of Thursday September 27th, Kewley warmed up not one, but two different Footy Shows. 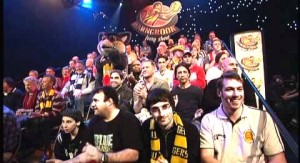 Starting at the ABC-TV studios in Gordon Street, Elsternwick, he whipped up the crowd for the Grand Final edition of THE MARNGROOK FOOTY SHOW when it went to air live at 7.30pm.

Then a quick drive over to the Rod Laver Arena to warm up the 14,000 strong audience gathered for the THE GRAND FINAL FOOTY SHOW for Channel Nine, which went live at 8.30pm. 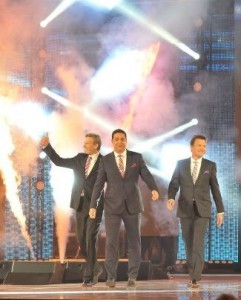 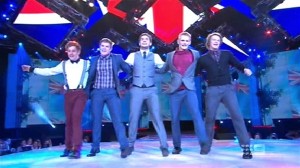 Plus the always popular Player Revue, which included young members of the Greater Western Sydney Football Club doing their best One Direction impersonation.