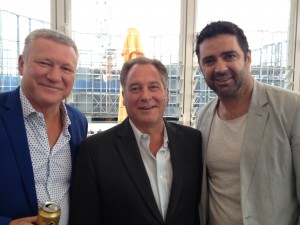 On Wednesday November 4th Kewley attended the GTV 9 Publicity and Marketing Christmas Event, where he mixed with various Channel 9 personalities and the media. 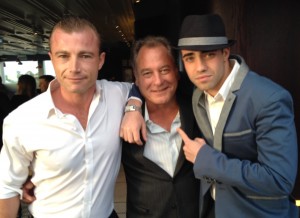 Kewley caught up with Garry Lyon (host of THE FOOTY SHOW) and Scott Cam (host of THE BLOCK) and his former STINGERS co-star Jacinta Stapleton who was there representing the 2014 telemovie SCHAPPELE in which she plays Mercedes Corby.

A number of cast members were there from Nine’s 2014 mini-series FAT TONY & CO, including Kewley and Richard Cawthorne and Lester Ellis Jnr.