Kewley was back on Soun 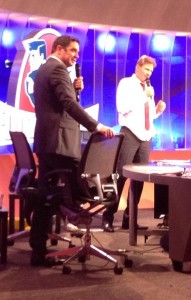 d Stage 5 at the Docklands Film Studios  for Episode 6 of THE FOOTY SHOW, warming up the large audience, which he has been doing on Thursday nights for the last 20 years. 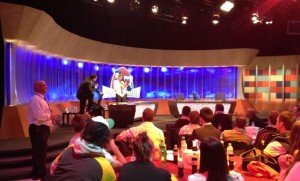 A regular highlight for the studio audience is the after-show chat with hosts Garry Lyon and Sam Newman. The audience get a chance to ask the popular hosts anything they want, and so some of the funniest (and most risque) comments and anecdotes are hears after the show has gone off air!